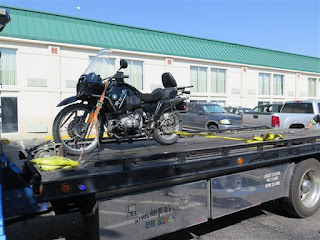 A 1995 BMW GSPD Classic (one of 150 manufactured) suffered a catastrophic mechanical failure on the way to the Start of The Last Broke Bike Mountain Ride leg of the 2022 ‘round the world rally, September 6.  At 70 mph on Interstate 90, 30 miles west from the Start point in Boise, Idaho the drive shaft grenaded at the lower end where it connected to the rear drive unit.  The rider escaped serious injury by miraculously staying upright as the rear wheel clunked and attempted to lock up at speed. The BMW was a DNF (Did Not Finish), more of a Did Not Start. A few days later, after a truck ride to its home near Seattle, the Broke Bike was sold. Potential buyer(s) beware! This Classic has had all of the classic BMW failures: drive shaft, two engine bolts stripped, electric rotors (3) replaced, rear shock blown. On the plus side, it should have a solid transmission with the C clip installed at the factory, and has new Avon tires with less than 1,000 miles on them...and it has the superior Tea Pot side stand. 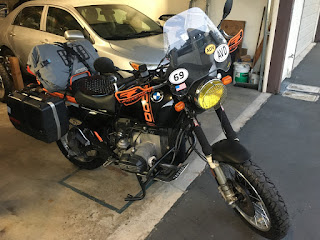 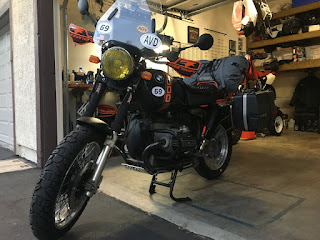 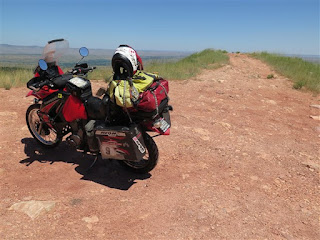 The 2009 Kawasaki KLR 650 of # 9 suffered a chain loss at 65 mph on pavement, eight miles from Anamosa, Iowa. An Indian Motorcycle owner came to the rescue and with the help of J & P Cycles, the KLR was back on the road a day later. In Wyoming, off-pavement, the heavily loaded KLR 650 proved its true dual-sport nature, navigating some serious gravel and dirt sections. 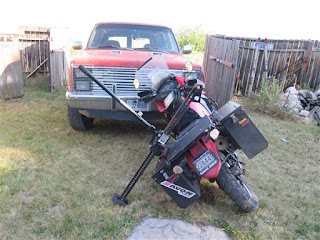 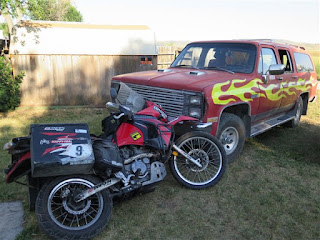 The KLR of # 9 did suffer a small fall down into the front of a stationary SUV when the owner was checking the oil level and the motorcycle rolled forward, down a slight incline. Alone and unable to lift upright the KLR, because the front wheel was pointed the wrong direction, the owner used a Hi-Lift car jack to lift it to a vertical position. No damage was suffered in the "bike fall down." 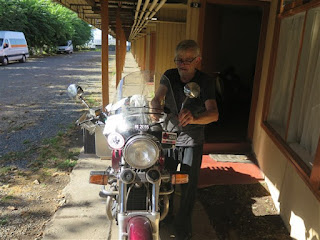 Earlier DNFer Richard Livermore (# 7, aka Dick C. Nevermore) had a similar “bike fall down” in Chile in January, 2016 when he lost control of his parked Honda GL 650 in front of his motel room and broke his windscreen and a front turn signal. He was able to repair the windscreen damage with cable ties and the turn signal with duck tape and a spare turn signal he carried.

One entrant in late September, 2022 opined, “Maybe Livermore’s crashing in North America once and South America twice, his motel bike fall down, and then self-DNFing himself in Africa, put the jinks or bad mojo on our 2022 adventures?”

In the spirit and style of Livermore’s Indiana-farm-boy-English, and after researching the mystical world of Toto's Kansas and the etymology of certain phrases and words Livermore often used, # 9, ever the existential motorcyclist, looked skyward for a circling Edgar Allen Poe described raven for some seconds, and then said, “Okey dokey, you betcha,  and the crashing and DNFs this year will be cosmically blamed on the psychologically dark world of nevermore.”

Europe thru Russia to the USA – Out!

In April, # 9 halted his adventure plans to start an overland motorcycle journey in June from Heidelberg, Germany to Latvia, and then across Russia and onward to the USA.  His adventure motorcycle for the rally leg, his often used 1986 BMW K100RT, has been gifted for another use. 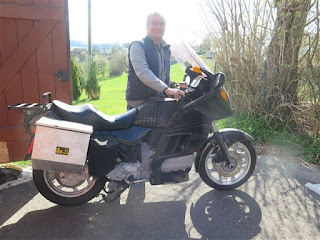 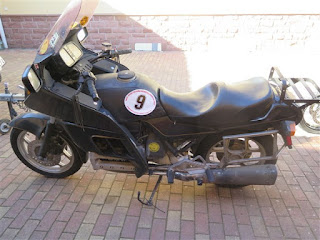 The # 9 adventurer said of the plan hatched three years earlier, “It’s a fool’s journey in 2022 given the political environment, no visa possibility and high cost of shipping or flying the motorcycle out of Vladivostok to Los Angeles. Some of the big wallet guys with mega dollars can’t buy passage for their vehicle out of Vladivostok, let alone for themselves, even using their private jets. They can't even enter Russia.” 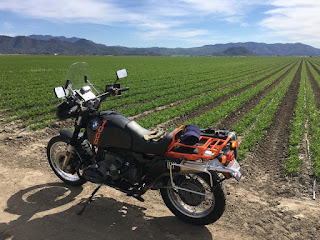 Some of the research for the book was conducted during Livermore imposed down times spent after stewarding and guiding Richard Livermore to his preferred five-star secure hotels, B & Bs, and motels during Livermore’s self-terminated attempt to circle the globe using # 9 as his paid guide. Frazier said of his current research, “Back when Livermore and I were on the road, like in South America, he would often not attempt to speak Spanish, opting for American slang and idioms when speaking with the locals. An example and a Livermore favorite was “Okey dokey” instead of saying “Si.” I may have mistakenly thought his farm boy language came from Kansas, and several times said to him, "Yo, we're not in Kansas anymore, Toto," to cajole him to try some Spanish or Americanisms the locals could understand or translate. In June I am traveling to Kansas (the physical center of the Lower 48 of the United States of America) to see if they teach school age children to use that particular American idiom, or another favorite used by Livermore as a substitute for "Si," that being "You betcha." It should be fun research and maybe I will find Dorothy and Toto, if they have returned from the imaginary Land of Oz."