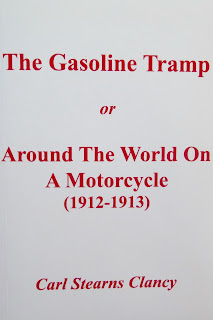 Writer – Carl Stearns Clancy
Clancy was born in 1890. At age 21, he and 32 year-old Walter Rendell Storey, began the first attempt to circle the globe on two Henderson motorcycles, leaving New York in October, 1912. Storey abandoned the adventure in Paris and returned to the USA. With grit, gumption, commitment and determination, Clancy continued onward alone, submitting reports and images of his epic journey to a bicycle and motorcycle magazine. During his incredible 18,000 mile, 10 month adventure on a 7-horsepower, four cylinder Henderson motorcycle, he transited Europe, Africa, Asia and North America. Clancy became a well respected script writer, film director/producer and eventually made documentaries for the U.S. Forest Service. One of his earlier and best known productions, The Headless Horseman, was done in conjunction with the famed film star Will Rogers. Clancy is credited as being the first motorcyclist to circumnavigate the globe, 1912-1913. 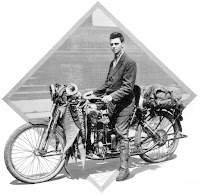