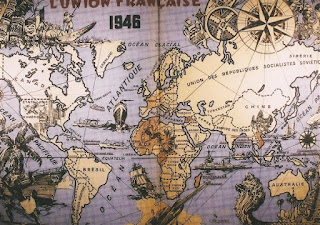 The recounting of the failure of one man, to cast off his honor and integrity and leave a partial trail of misinformation on three continents found an interested but small audience for a book to be published to recoup some of the lost costs by the guide and businessmen.  A decision was made to let the previous posts following below reflect that failure and those falsehoods stand here, for free, serving the greater good for educational purposes and future 'RTW adventure motorcycle travelers.

As was concluded, "Applying cost/benefit analysis to honoring your word or handshake agreement and treating integrity as part of the analysis guarantees you will not be a person of integrity. You will have thrown your personal integrity under the bus of life."

Another reflection was, "The stupidity displayed repeatedly by intelligent, educated people, seldom ceases to amaze. Accepting the fact that use of intelligence is not a permanent status, people seem to use their intelligence only a few minutes each day."

One of Dr. G's reflections was:
"After six motorcycle rides around the world and over a million miles on motorcycles passing through numerous motorcycle and human communities, I've had the opportunity to see the best and the worst of the old and new class systems of societies and concluded that character is most important, not only motorcyclists with character but people with character, and that a man or woman who lacks this moral compass is an empty or lost soul.  Several times I felt like I was not only observing a person lacking a moral compass, but I was seeing a modern day Harry Dunne, hoping I was not being seen as his pal Lloyd Christmas."
However, some clarification about Livermore's actions were suggested:
While Livermore claimed he did not want the ‘round the world ride to be about money, in the end several people and businesses were stung by his not meeting agreed upon financial obligations, his falling back on his claim of not having signed contracts, or as one observer from South Africa said, "You Yanks would call it The Weasel Behavior."

Livermore not trying to meet the joint goal agreed upon initially was likened to an ignorant not having listened to the sage advice Yoda gave to Luke Skywalker in THE RETURN OF THE JEDI movie when he pronounced, ..."do or do not, there is no try."
An etymology for Richard C. Livermore to Nevermore was thereafter proposed that incorporated some humor: "Dick," short for Richard (or as one follower suggested short for a dick****), middle name "See," being short for C (Charles), and "Nevermore," as in "I want to see him never more," or "I never want to see more of Dick," and then simply morphed from Richard C. Livermore to simply "Nevermore."

One reason Livermore submitted for not meeting his final financial obligations was his having rated of his self-aborted adventure: “the experience as below expectation.” While Livermore never specifically addressed his expectation(s), he did initially task the journey to be designed to be as soft and easy as possible, taking the easiest routes, and that he would be paying for first class airline tickets and upscale accommodations.  It was Livermore who would approve daily routes and driving distances (sometimes only 10-20 miles, all on pavement), destinations (he did not want to try to reach Ushuaia in southern Argentina because some of the route was off-pavement, on gravel roads), and cancelled the proposed Florida-Cuba-South America route because he claimed to be worried about not being able to ship or fly the motorcycles out of Cuba to South America, but this claim had no referenced basis other than his personal trepidation.

Dr. G later wrote in reply to Livermore’s “blustering, obfuscating and lying” excuses not to meet his unpaid REMITTANCE REQUEST:

“If he had been looking for the hayride and hoedown at the accommodations he chose, that ‘bunny adventure’ was his fault, not mine.  I repeatedly told him, ‘Todo, I don’t think we’re in Kansas anymore,’ when he expressed his fear of wild animals on our route (we saw none in South Africa other than dogs, a few monkeys and birds), but I could read and smell his fear when he wanted to take easy routes and gated hotels well away from the adventurous routes. If his expectations were to be sitting around the campfire inside the gated and walled Hilton Hotel compound singing Kumbaya, I can easily see how his ‘expectations’ were not met.”

More blustering, obfuscating and lying was Livermore’s claim of “There were a number of incidents such as entry into Argentina where you should have known the requirements or at least researched prior to the trip.”
Entry into Argentina was attempted February 1, 2016, when it was discovered Livermore had not secured the required Reciprocity Fees. In April, 2017, Livermore was trying to support his claim about lack of research and entry requirements.  Dr. G wrote in a CONFIDENTIAL FACT CHECK to Livermore and copied to Dr. G’s attorney:

“Let's get this Livermore lie cleared up.

On March 29, 2015 I sent the following e-mail to the client (Livermore), clearly showing I had done the research and knew the requirements re: Reciprocity Fee and specifically Argentina:

'Since 2012 Argentina has been requiring US Passport holders to pay a
Reciprocity Fee when entering Argentina by land or air.  It is not a visa, it's a fee of $160, good for a (10) year.  It cannot be paid at the border, has to be ordered online, paid with a credit card, and the receipt printed with it's bar code.  The receipt is presented at the Argentine border.  This does not apply to the vehicle, but to the person….

“Frankly Richard, upon arrival at the Argentine border I was surprised that with all your digital devices you could not connect with the Internet to make the purchase, that I had assumed you had already done.  Rather than rag your ass about not having done so earlier or the night before, I dealt with the problem by being nice to my Immigration Officer (IO) versus the way you dealt with yours, ending up like a lost man, being told to ‘Go away!’ and ‘Not my problem!’  by your IO until you wimped over to me at my window and my IO accepted you having jumped the line in front of others and your problem with mine, eventually leaving her post to accompany us across the street to use the government Internet access.”

“The night before (when you dropped your motorcycle in front of your room at the motel and your broke the windscreen), during dinner, I reminded you then for the need for the Reciprocity Fee at the Argentine Border, to which you responded, "Yep."  Maybe it was "Okey dokey." Either way, the "Yep," or "Okey dokey" implied you'd taken care of the payment on your credit card or were going to that evening - the Reciprocity Fee not to be on my credit card or my responsibility.”

“So, clearly, you are not being honest in your claim of April 26, as support for not paying the REMITTANCE REQUEST under our agreement, saying that I had not known the requirements or researched such prior to the trip.  Note that I wrote you in March of 2015, a year in advance, as well as at dinner the night before we arrived at the border."

This was another clear reflection of Livermore's failure to heed professional advice and follow instructions, or "Hwa is thet mei thet hors wettrien the him self nule drinken.’ In Indiana farm boy English talk, "You can lead a horse to water, but you can't make it drink."

After Dr. G was abandoned in Capetown (blog update posted May 17, 2017) he had time to reflect on numerous aspects of the short comings of his riding partner and wannabe adventure motorcyclists in general.  Some of those reflections are alluded to in edited articles published by CITY BIKE Magazine, where Dr. G is The Chief of the World Adventure Affairs Desk.  The published articles can be found at www.citybike.com on the home page under COLUMNS, or in the archived issues at  https://www.citybike.com/category/back-issues/ and include:

The conclusion of considerable thought was there was little economic recovery by the publishing of a book that focused on the failures of a motorcycle owner to become something he was not nor could he achieve.  As one publisher said after being presented with the proposed content and thread, "We can't sell this!" which was interpreted and opined to writer/author Dr. G as, 'No one wants to pay money to read about some hopeless yokel loser who was far from having the qualities of a Phileas Fogg or Carl Stearns Clancy.  Look at the other books out there.  The good ones are about winners.'  But that was only an opinion.

Dr. G agreed with the advisors and others stung by a customer reneging on promises and payments, set aside plans to massage this blog into a book, preferring to leave it here and free.

A reflection was, "For a motorcyclist of honor, 'honor is everything. What is left when his honor is lost?' Who said that, Richard M. Nixon? No, it was Publilius Syrus, a Roman of very noble standing."

However, a much larger and more in depth project presented itself as the result of consultations and analysis of successful adventurists, men and women, leading to a film script and published adaptation, a novel titled THE LOST MAN, first published in 2017, with a second book to be released in 2020 for general consumption titled LOST MAN. 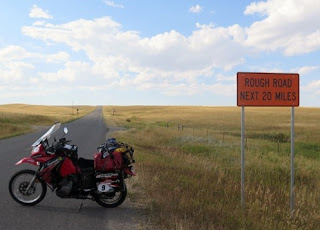 Dr. G's KLR650, pictured above, pursuing the "Why?" of the desolation roads feared by a LOST MAN

(Except below from 2019 "BIG DOGS - The Party Over or Forevermore? Rally" article published in January/February 2020 issue of the BMW RIDERS ASSOCIATION On The Level magazine)

"The decision was made to cap the number of accepted applicants, expel and reject those had soiled themselves in the past, and put honor among men as a priority for participants.  Like  a fraternity, only like-minded men of quality were invited. Thus, an expelled Livermore became a Nevermore which eventually morphed into the fraternal shout of 'Big Dog Adventure Forevermore.'" 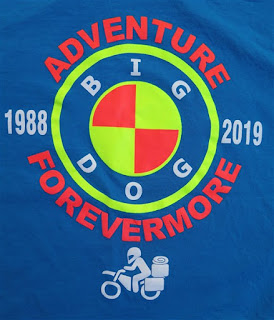